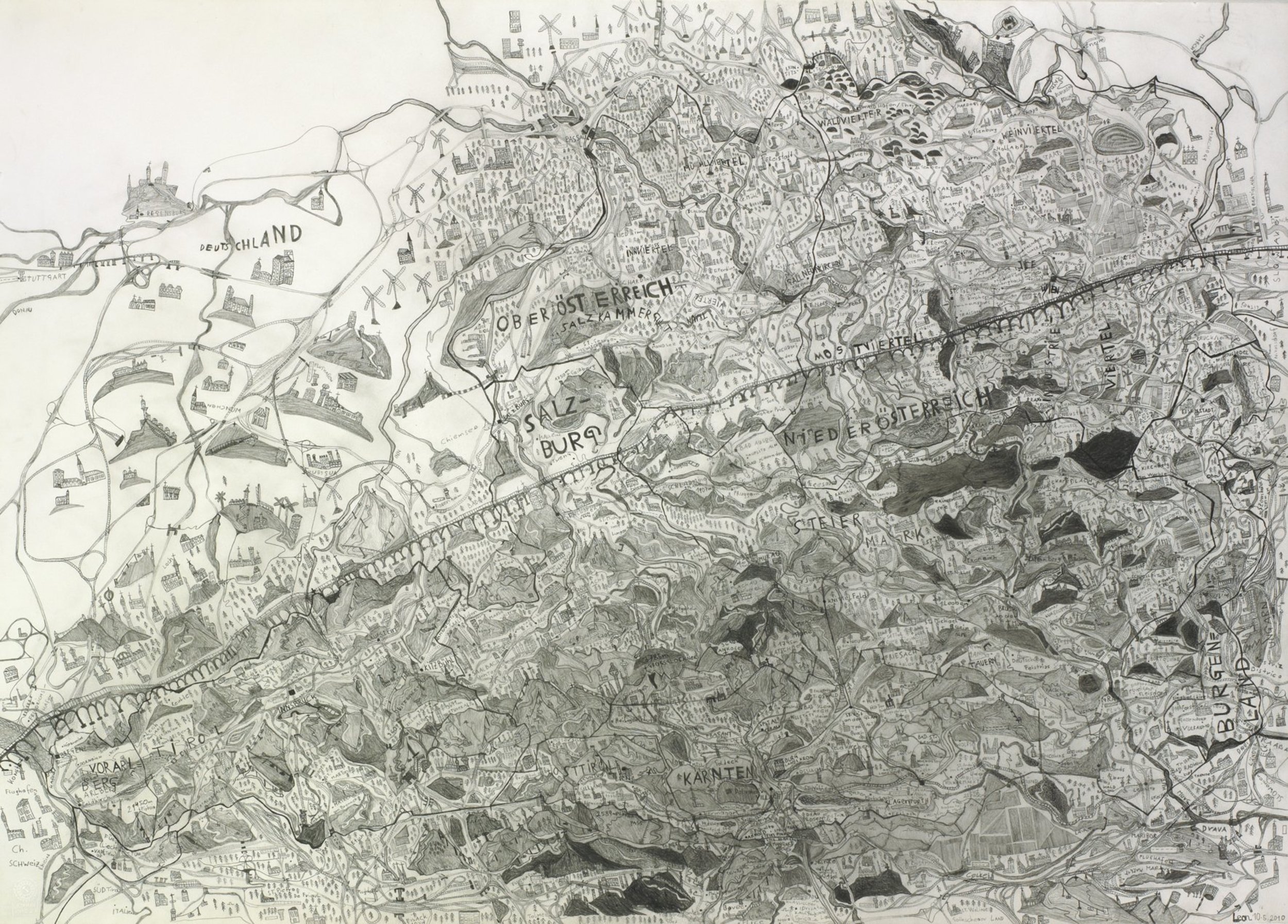 When he began working, he created drawings of animals and people as well as everyday objects. Fink also immerses himself in a world of fantasy, creating hybrid creatures merging people and animals; by means of self-portraits, he becomes a part of this world. Texts began making their way into his work in 2006.

Since 2007 Fink’s geographic interest has been culminating in his main motif: the map. The large-format pencil drawings usually cover the entire sheet, showing countries, regions and cities. The artist sketches geographic features like mountains, streets, public institutions and many other things. They are depicted two- and three-dimensionally, in distorted perspectives, from a bird’s-eye-view, frontally and in profile. He rotates the sheet while working, which leads to the creation of multiple reading directions.

Fink creates a hierarchical perspective through variations of scale in his cartographic images. The labeling of his motifs makes it possible to identify places. Leonhard Fink’s art expands the (chronological) horizon and carries viewers off into a fantasy world.

At the age of 17, Leonhard Fink created the first drawings in which it is possible to recognize his artistic talent. Fink’s father was a geographer and geologist, and this is presumably the source of his son’s great interest in these subjects. He began regularly visiting the atelier gugging in 2001. Leonhard Fink is represented by the galerie gugging, and his works have been exhibited at the museum gugging since 2012. The artist has been living in the House of Artists since September 11, 2017, and still continues to visit the neighboring atelier gugging every day. 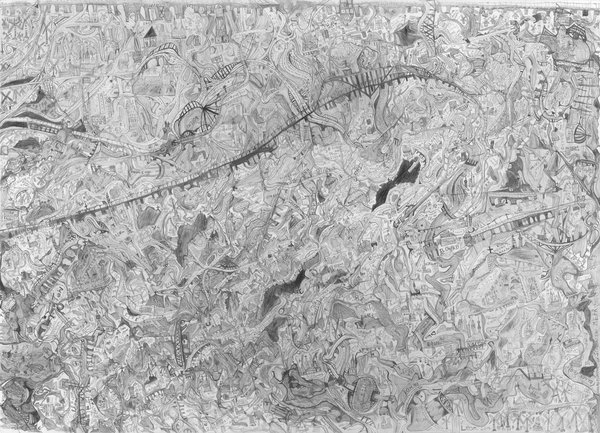 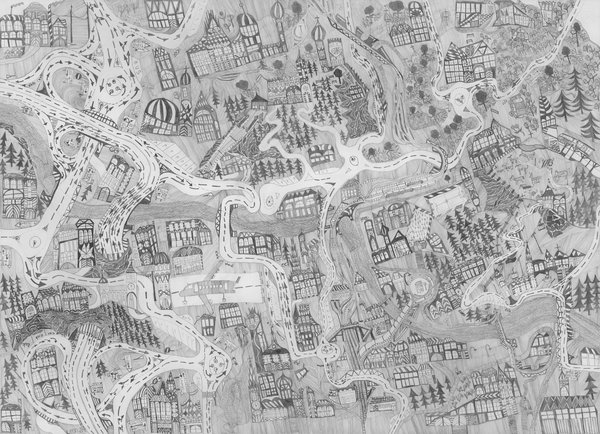 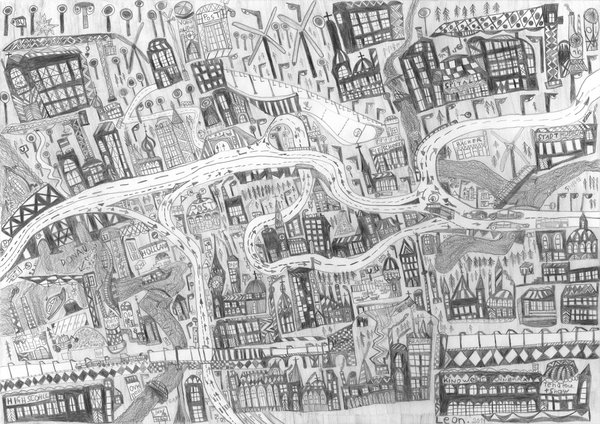