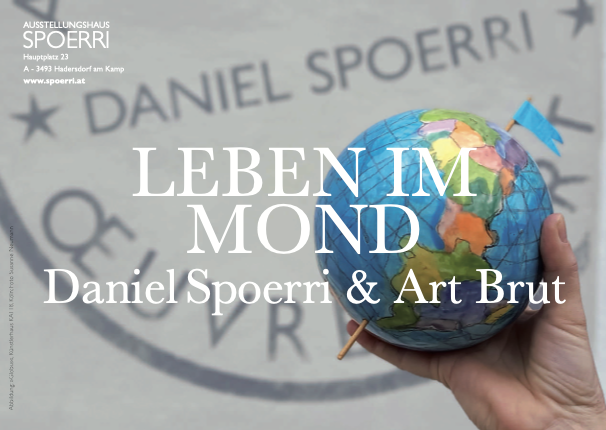 Daniel Spoerri’s lively interest in »outsider art« or »art brut« dates back to the 1950s. Like many other artists, he recognised and admired the power and individuality in the works of artists with disabilities. Through his cousin, who was  a doctor at the Waldau psychiatric clinic near Bern, he had access to the collection there and became acquainted with the work of Adolf Wölfli, among others.

Daniel Spoerri’s later contact to »art brut« included exposure to works by the recluse Armand Schulthess, objects and images in letters by August Walla, and an early encounter with André Robillard.

In 2005 a project on the Prillwitz Idols was carried out at Allerhand, a workshop for persons with disabilities in Cologne. Daniel Spoerri’s stories about the supposedly ancient sacred idols were received enthusiastically by the artists there, who produced drawings, paintings and sculptural works.

For many items loaned to the exhibition »Leben im Mond« we are indebted to the Verein der Freunde des Hauses der Künstler in Gugging and to Kunsthaus Kat18 in Cologne. They are complemented by loans from private collections.

In the exhibition, Daniel Spoerri’s own works are shown in dialogue with works of the participating artists. A wall of items found by and small objects made by Johann Garber, for example, is reflected in an arrangement of collected items and small-format assemblages by Spoerri.

Thanks to the collaboration of the foundation Stiftung Gustav Mesmer, visions of flight will gain a further dimension in the Ausstellungshaus at Hadersdorf from June 2021, when several of Gustav Mesmer’s fantastical flying objects join the exhibition.

Daniel Spoerri has also invited two artists from his circle of friends in Vienna: the writer and cartoonist Tex Rubinowitz and the renowned architectural photographer Hertha Hurnaus. Both of them, in extremely different ways, have explored the subject of “the underground”. Hertha Hurnaus discovered this beneath the representative buildings of the Ringstrasse in Vienna and in the rooms of Sigmund Freud’s practice, where she recorded remains in photographs; Tex Rubinowitz approaches the subsurface with hovering floating sewn statements. In a “museum in the museum” he also commemorates the life of a man who has almost been forgotten: the brother of Carl Linnaeus, who devoted himself to an in-depth study of the housefly. 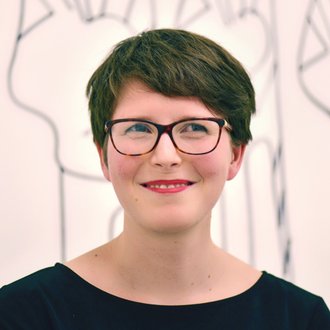 Association Friends of the House of Artists