Vondal’s oeuvre is dominated by large-format, collage-like works on paper created using pencil, colored pencils and ink as well as acrylics in pastel colors. An additional stylistic element is to be found alongside these in his art: the assemblage. Here pebbles, toothpicks and matchsticks form a relief-like surface.

Women and eroticism are the dominant themes in the artist’s oeuvre. A large portion of his works present hybrid forms of image and text. The artist also introduces his own person and biographical elements into his work. Taking a look behind the scenes – where the textual level, in particular, illuminates some aspects – reveals a side of the artistic work that conveys dreams and wishes, deals with themes of closeness to other people and relationships with them, and points to a desire for far-off places. Photography, though not in a traditional sense, is another medium of Vondal. Karl Vondal presents himself together with his art by asking others to photograph him with the artwork or also just the work itself.

Karl Vondal was the youngest child in a large family; he began a three-year apprenticeship as a bricklayer, but abandoned it. When he was 18 and 19, he worked as an unskilled laborer, and it was during this period that he became mentally ill and entered the “Lower Austrian Mental Health and Care Facility at Gugging” for the first time. His subsequent chronic illness made it necessary for him to permanently reside in psychiatric institutions, with most of this time spent in Gugging. His artistic talent was recognized there, and he moved into the House of Artists. Since 2002 the artist has been working incessantly both at the House of Artists and the atelier gugging. 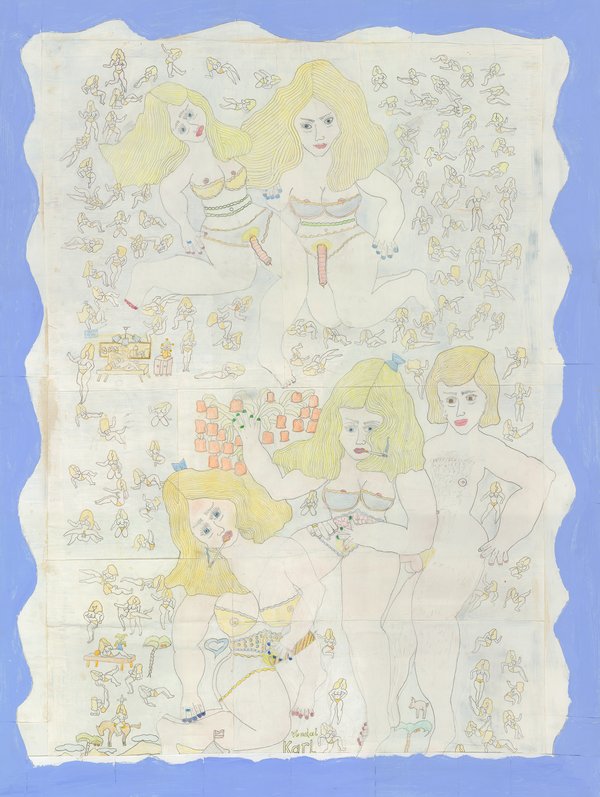 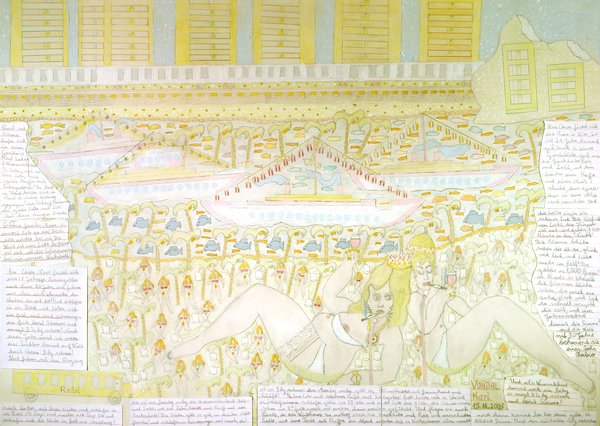 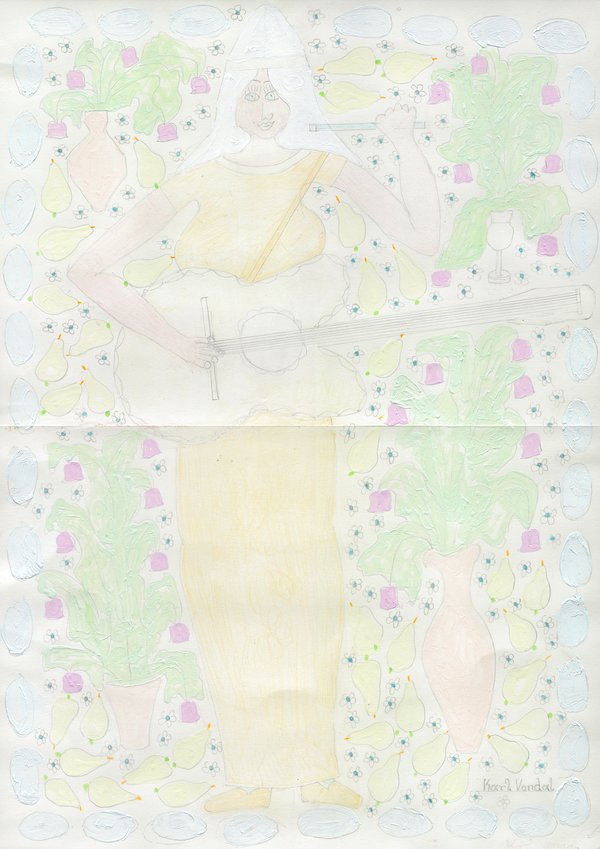