Pencil and colored pencils are the tools of Schützenhöfer, and he uses them in a manner unlike almost every other artist. In an intense and thrilling manner, surfaces become flat but almost three-dimensional formations in his work. The contrast of light and dark within a single stroke is repeated across entire passages. They are planes resembling miniature fields worked with a plow; here the effects generated by a single stroke are often like the furrows and ridges of the soil. Schützenhöfer generates tensions in these images, which can also produce a humorous effect through a comical aspect in the treatment of their subject matter. His drawings’ success in Europe, but also in New York City, identify Schützenhöfer as one of the great talents.

In his childhood, Schützenhöfer was considered to have a “behavioral disorder.” He lived in a number of homes and was also housed at the “Children’s Building” of the psychiatric hospital in Gugging for a long time. Johann Feilacher discovered Schützenhöfer while he was living in the hospital’s forensic ward. Schützenhöfer was brought to the House of Artists in 1999, and he still lives there today. 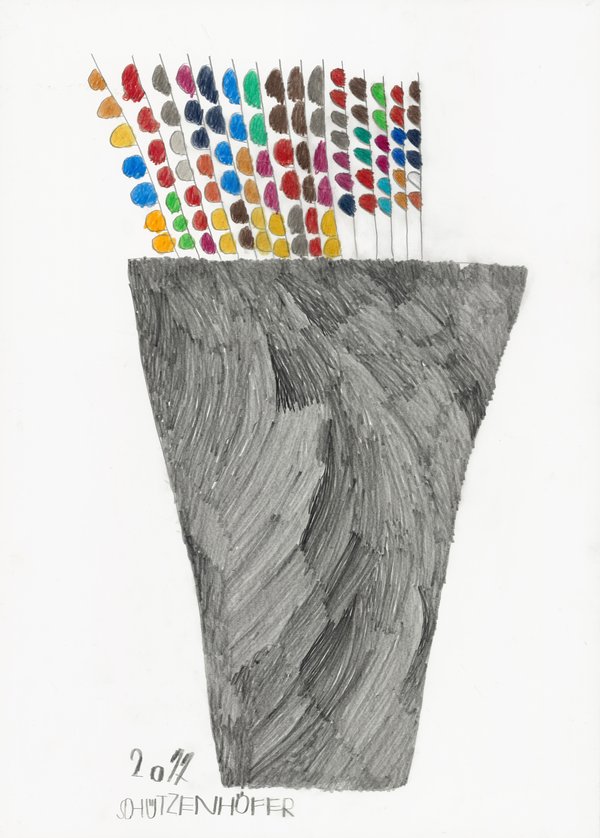 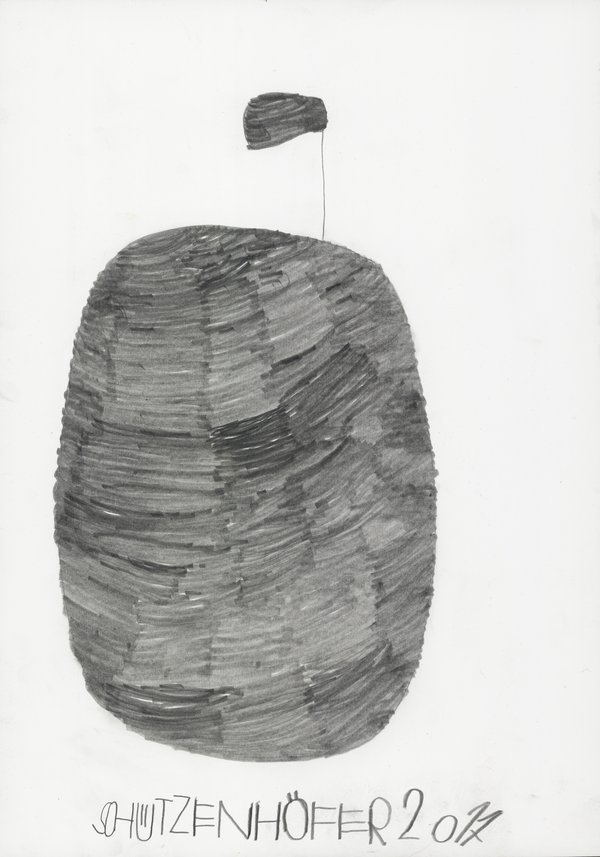 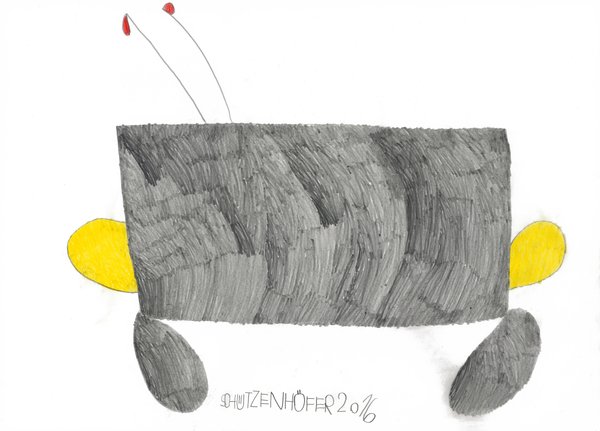