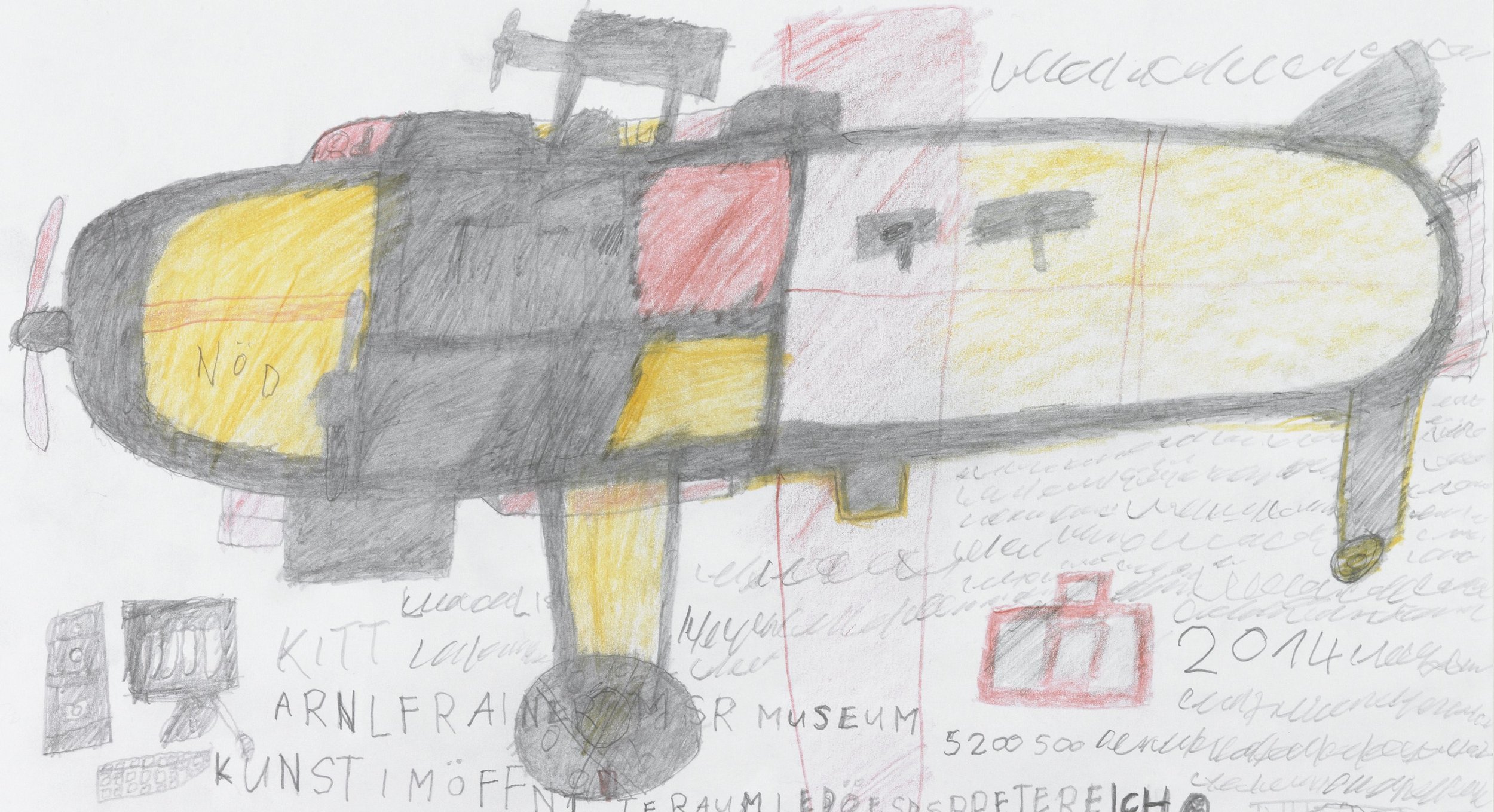 Jürgen Tauscher’s entire enthusiasm is devoted to flying objects, whether in the air or in outer space: helicopters and airplanes, but also satellites and futuristic flying objects – all of them are floating around in the artist’s head. These objects also represent the central themes of his works. Tauscher usually uses pencils to carry out his drawings and has only colored them in a few cases. The artist composes at least one flying object per day, usually on a small sheet of paper; he seldom uses formats larger than 30 x 40cm. The works are drawn using many individual strokes, which are usually separated from one another. The artist draws almost every day, and there is thus already an extensive collection of graphic works by Tauscher.

Jürgen Tauscher attended a special-education school and spent many years in homes. In 1999 his states of agitation led to his placement in the St. Martin group home in Klosterneuburg, where one of his caregivers noted his drawing talent. Tauscher has lived in the House of Artists and worked at the atelier gugging since 2012. 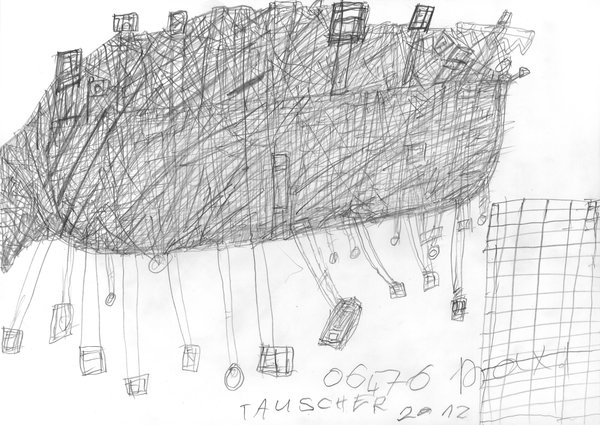 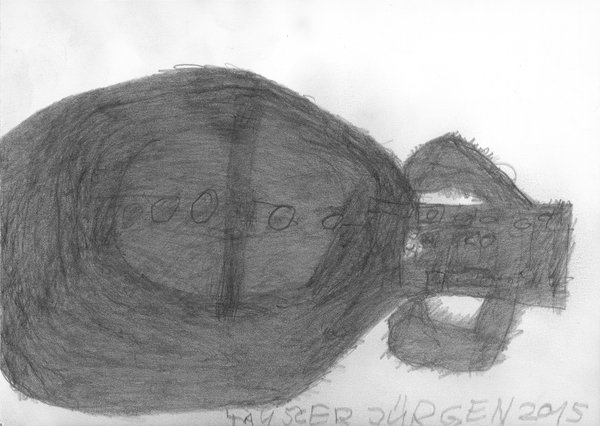 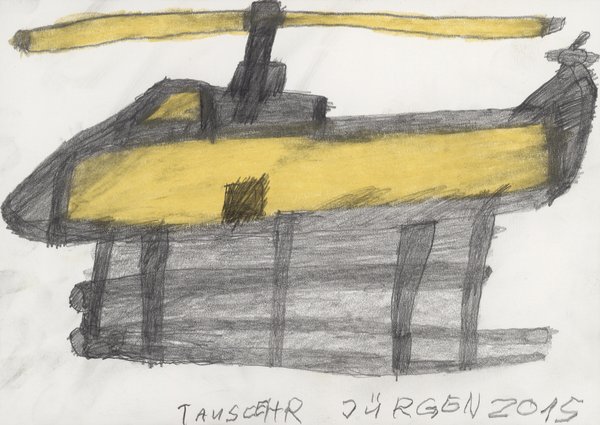