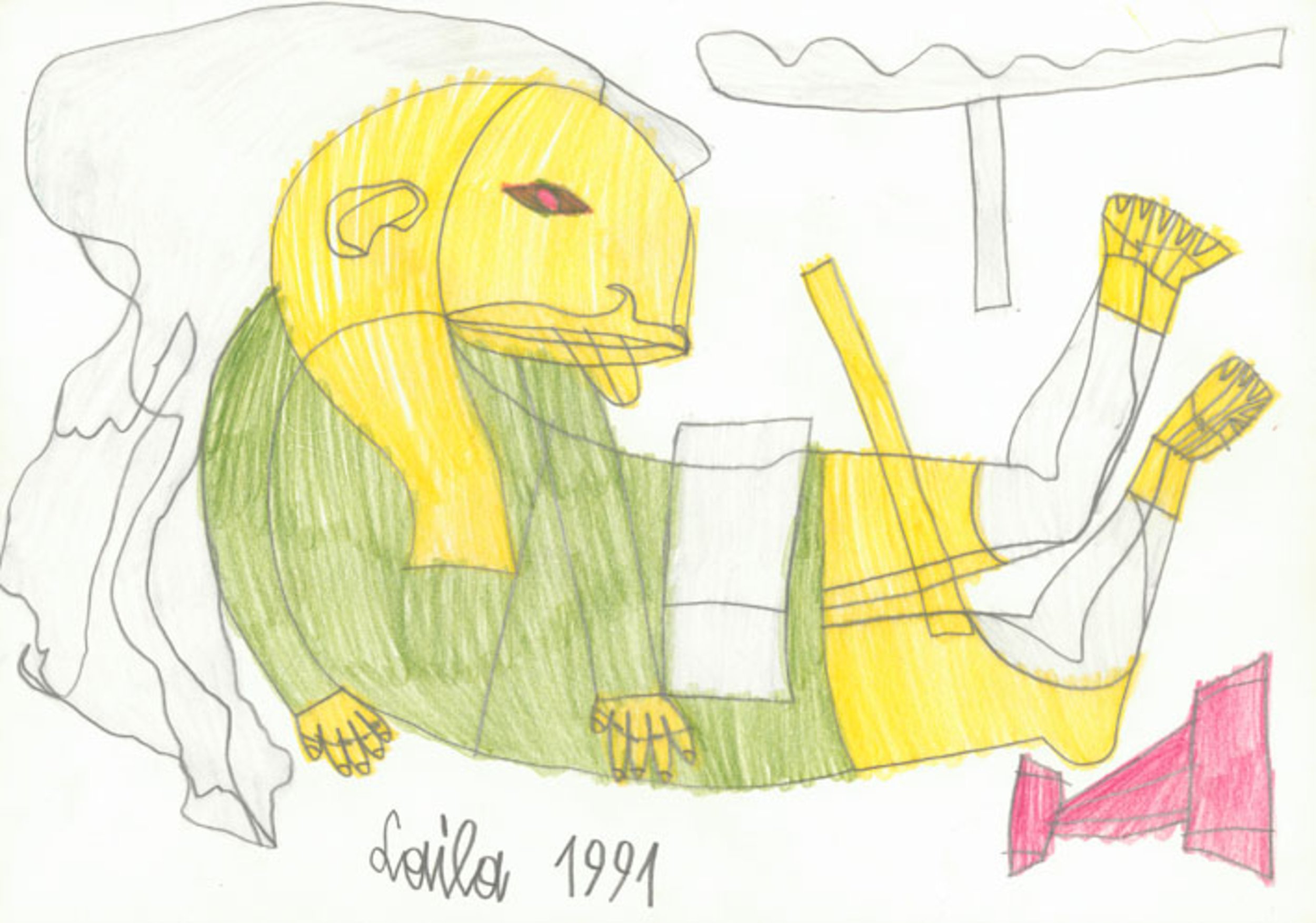 Laila Bachtiar’s graphic oeuvre encompasses a world in color and one in gray, which are closely bound up with one another and grow out of the same source: a framework of lines. These lines generate building blocks, which combine to form a motif and are traversed by other lines. The lines breathe vitality into what is drawn. These structures do not remain standing on their own, they are filled in: since 1990 with color and, since 2003, partly also only with pencil.

In her early work, the lines of the underlying framework are clearly recognizable; Bachtiar drew on top of them in translucent colors. Beginning in 2001, the colors become more intense and almost opaque. The drawings done purely in pencil since 2003 unleash all the possibilities of the pencil. Nuances from black to light gray generate a charged field of contrasts, and these pictures are among Bachtiar’s most expressive.

The artist signs her works with her first name and adds numbers to it in a code known only to her. The main theme of Bachtiar’s work has always been animals. These are joined by people, objects and nature. Bachtiar works from memory. The details of a drawing are often invisible for viewers: the content often disappears behind the dense drawing that characterizes Bachtiar’s unmistakable art.

The artist is represented by the galerie gugging, and her works have been presented in the museum gugging since 2012.In 2019 works by Laila Bachtiar were presented in Vienna, at the Kunstforum Wien’s show Flying High: Women Artists of Art Brut.

Laila Bachtiar was born into a family of musicians. She attended special-education schools, where her artistic talent was recognized. Her initial visits to the House of Artists in Gugging began in 1990, and she pursued her artistic calling there. Since 2003 she has been regularly visiting the atelier gugging, where she often works on her pieces for many weeks. 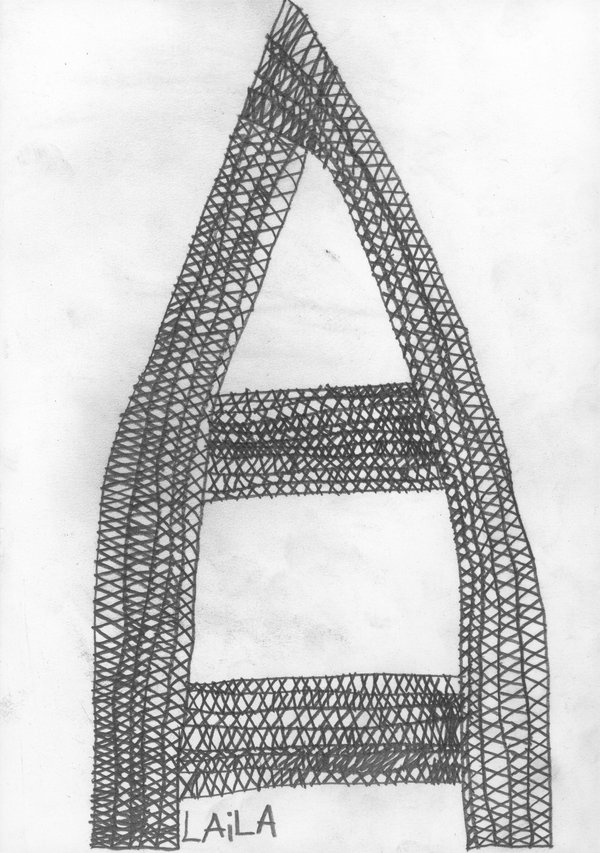 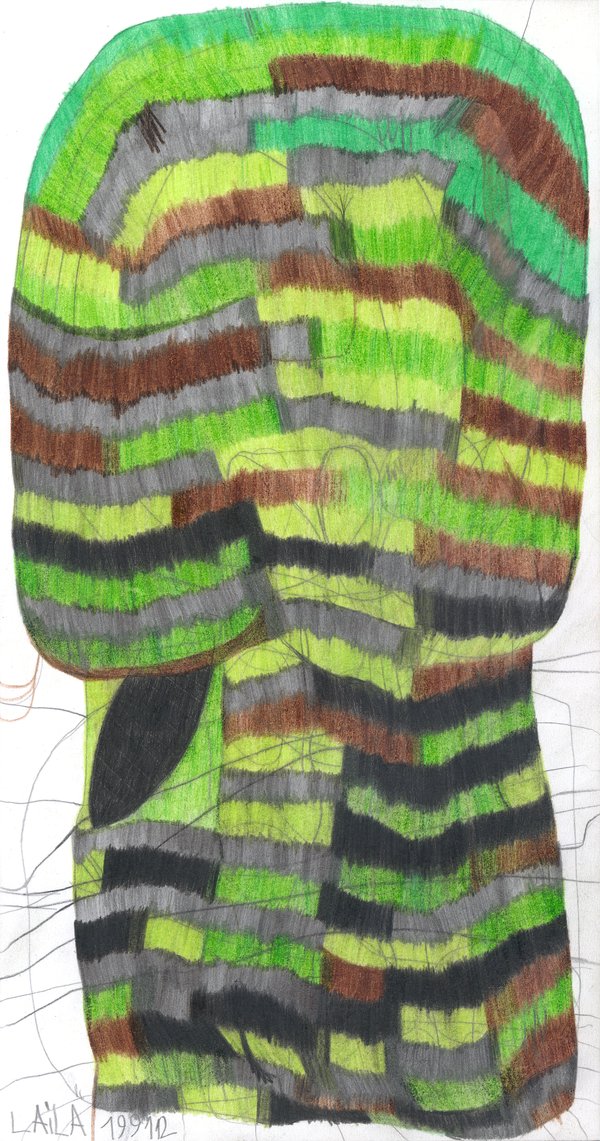 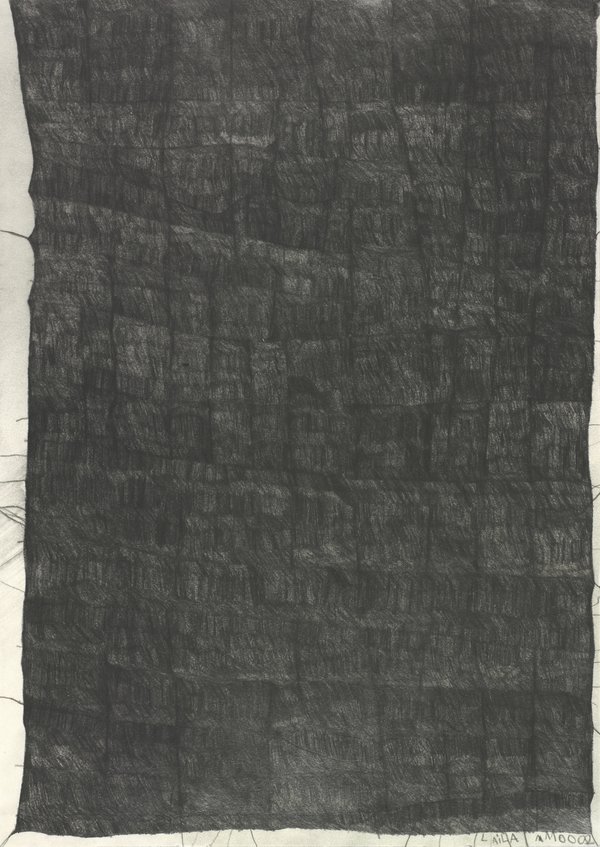 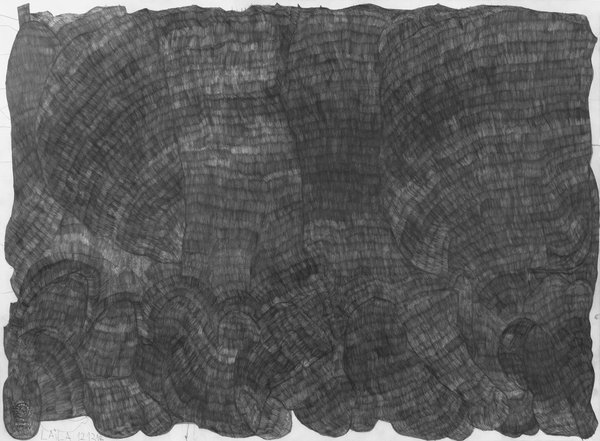