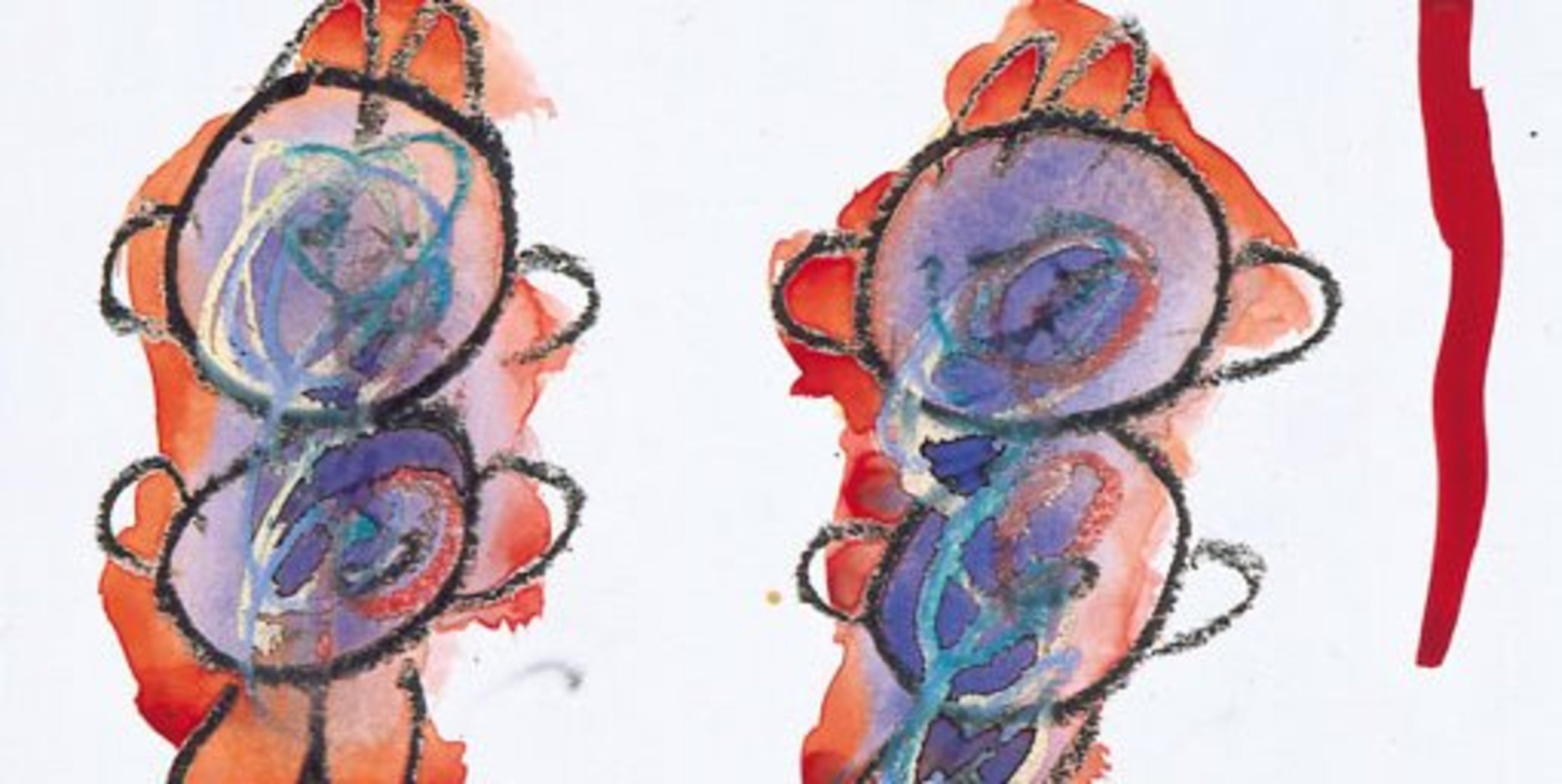 Arnold Schmidt draws and paints in a very dynamic form. His figures are placed on the paper or canvas with countless strokes of colored pencil, charcoal and crayon or with brush and acrylic paint.

His depictions of people remain doll-like and often consist of homogeneous forms made up of circular lines added next to or on top of one another and created through innumerable sweeping motions. The lines and colors are so densely packed and also superimposed on each other that it creates numerous layers which merge together. Schmidt is the master of these mixed colors, which are often applied so intensely that his drawing utensils break through the paper during the creative process. He occasionally also carries out large-format works on canvas, where his overfilled brush leaves traces of paint dripping down the picture.

Arnold Schmidt had already been placed in several homes during his early adolescence. He abandoned an apprenticeship as a bricklayer, and he did not work long as a painter and decorator either. In 1983 Schmidt’s loudly talking to himself led him to be placed in the psychiatric hospital at Gugging, where Johann Feilacher noted Schmidt’s creative abilities. He moved into the House of Artists in 1986, and a professional career as an artist followed. On weekdays, he still works in the atelier gugging today. 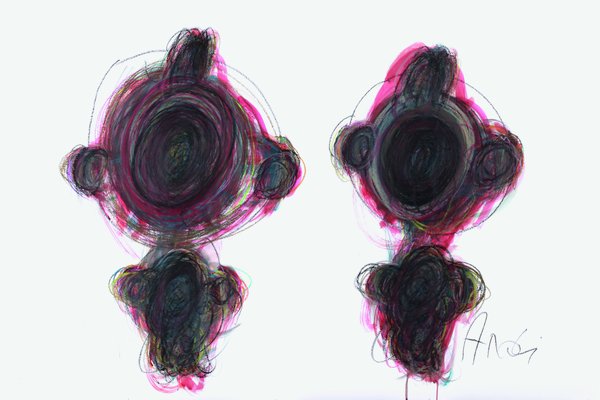 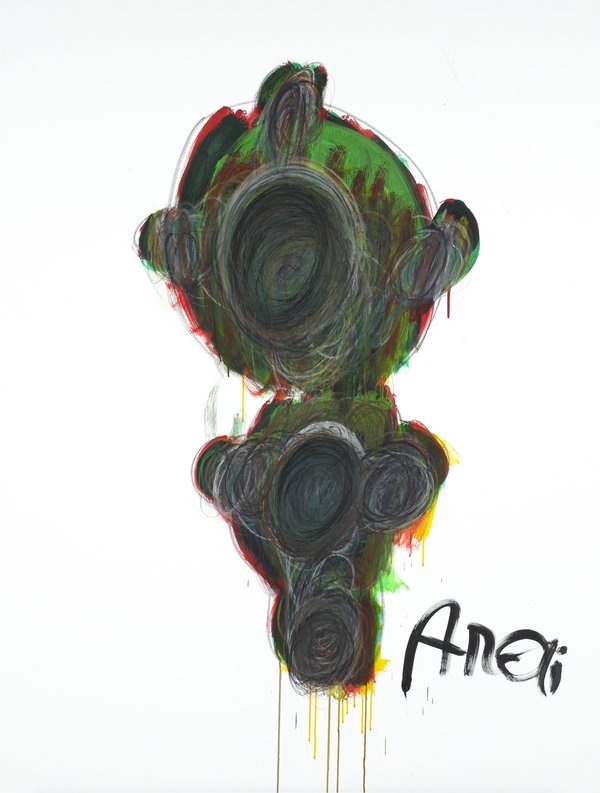