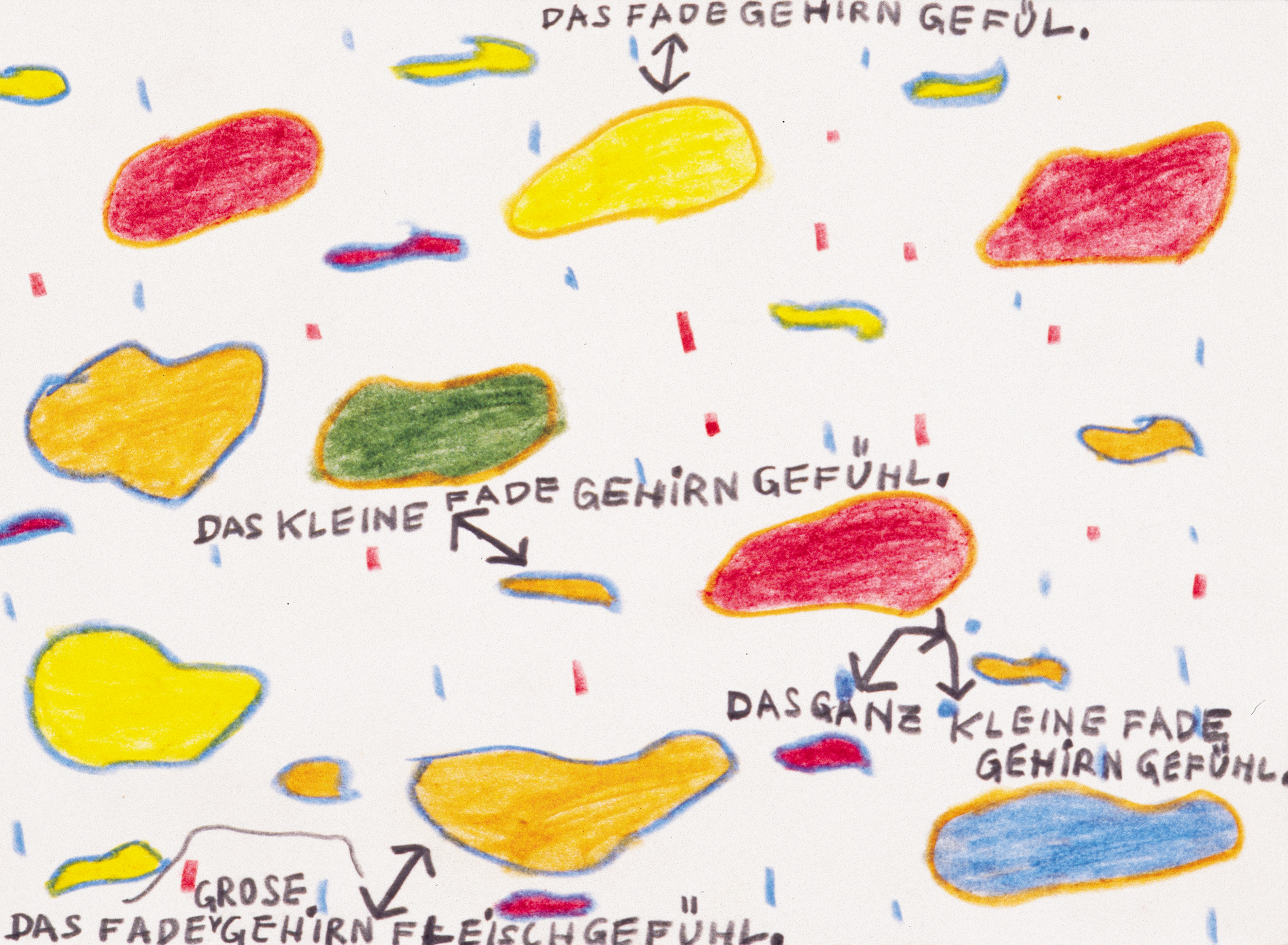 Johann Garber’s depictions of a paradisiacal world can be found in numerous highly detailed ink drawings. The entire space of the images on his sheets is filled with a dense array of figures, objects, ornaments and writing. Above all, it is nature that spreads out before us in his works. Characteristic pictorial elements include, for example, his sheets’ richly varied drawn frames as well as depictions of the sibling unity of sun and moon.

The means that Garber uses to create art extend beyond the realms of drawing and writing: He has devoted attention to photography, painting, the decoration and creation of objects, and the artistic transformation of his environment. Similarly to August Walla, Garber appropriates objects and his surroundings through painting. This is also how the artist arrived at his exclusive working situation: In a workshop of his own in the cellar of the House of Artists, the artist works on his “Krickerl” animal trophies and his “Bird Tables,” among other things.

Born in Wiener Neustadt, Johann Garber initially grew up with his grandmother and then in homes for children. After attending school, he began an apprenticeship as a painter and decorator, but he quit before completing it, having decided to work for a construction company. Garber’s first stay at the “Lower Austrian State Mental Health and Care Facility at Gugging” was in 1966, following the completion of his nine-month compulsory military service in the pioneer corps. He has lived there continuously since the age of 21, with the exception of a single one-year hiatus. In 1981 Garber was part of the group of artistically talented patients who moved into what is now the House of Artists on the basis of Leo Navratil’s initiative. The first drawings made by Garber are documented from 1977 onward.

text: maria höger; published in: nina ansperger and johann feilacher, ed., brain feeling.! art from gugging from 1970 to the present, salzburg and vienna, 2018. 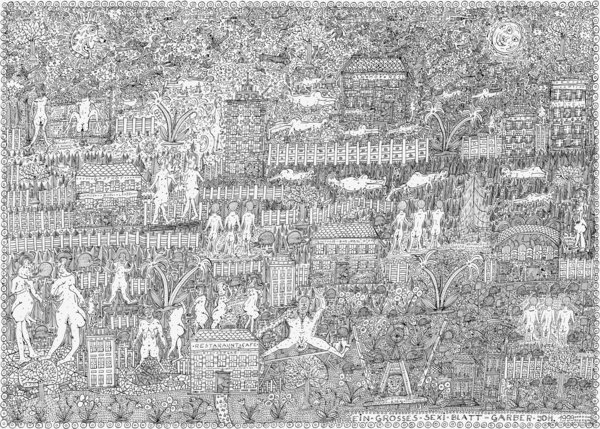 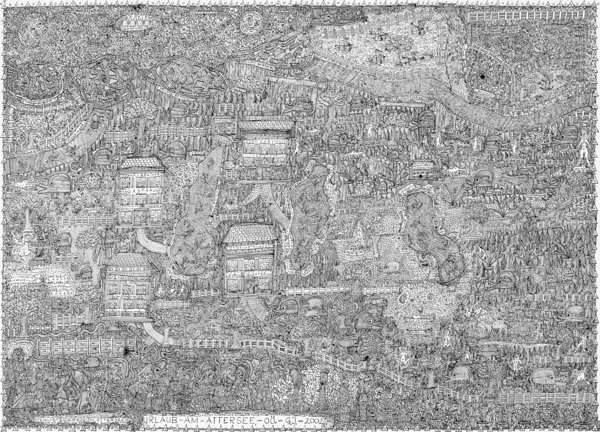